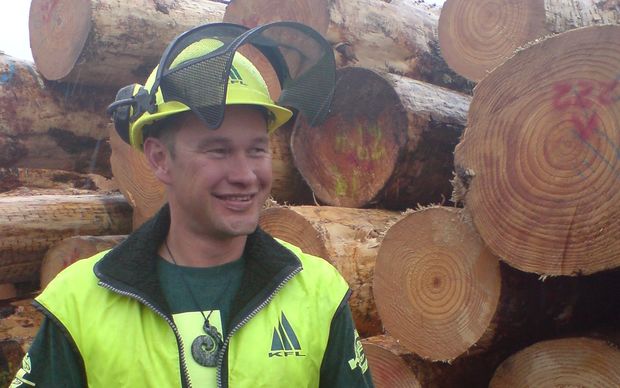 Many tāngata whenua work in the industry, particularly on the forest floor. Jacob Kajavala, of Tūhoe and Ngāti Kahungunu, said while the push towards increased safety was excellent, it had meant there was much more risk of companies quickly going bankrupt.

Mr Kajavala, the general manager of Kajavala Forestry, said forest contractors carried all of the risk in the industry and were being forced to pay debt on new equipment worth millions of dollars with the potential for a drop in safety standards.

"They carry the entire capital risk and when a contracting business is under financial stress it increases the potential for short cuts to be taken, and it is those short cuts that are highly dangerous for our people [tāngata whenua].

"The contractor takes the capital risk. The industry may or may not support them and that can lead to catastrophic shortcuts being taken - that's what worries me."

Mr Kajavala said there had been a major push towards increased safety for the last year which was excellent, and part of that was more mechanisation.

"People in machines are vastly more safe than people on the ground with a chainsaw. With this comes millions of dollars of pieces of equipment, so there's a lot more at stake and pressure to service the debt that fuels that increase in capital - so stakes are higher. The consequences of not making ends meet come hard and come fast.

"The speed at which a contractor can go down the tubes when they've got such a significant debt overhead is probably the biggest change. Going from mildly financially unwell to bankrupt can happen very quickly and so for the workers it can catch them unaware."

Forestry workers have been hit hard recently, with the redundancy of 200 workers at one of the country's largest forest contractors, Harvestpro, nearly two weeks ago and a log transport business, Waimea Contract Carriers, being placed in voluntary administration, owing $14 million on Monday.

It transports logs for Nelson Forests, Hancock Forest Management and other forest owners in the rohe.

A partner at PricewaterhouseCoopers, which has been appointed administrators of the company, said it had 111 staff based in Nelson and Blenheim with a fleet of 80 trucks.

Richard Longman said efforts were being made to rehabilitate the business to ensure it has a strong viable future.

"Both the staff, customers and suppliers have so far expressed strong support for the business and our efforts are going into rehabilitating it.

"The voluntary administration regime provides the opportunity for us to try and rehabilitate Waimea Contract Carriers, but if that is unsuccessful or unable to be done, the company would go into liquidation."