A South Taranaki tribe has accepted an apology from the Crown in Hokitika today for illegally detaining their ancestors without trial in the South Island in the 1800s. 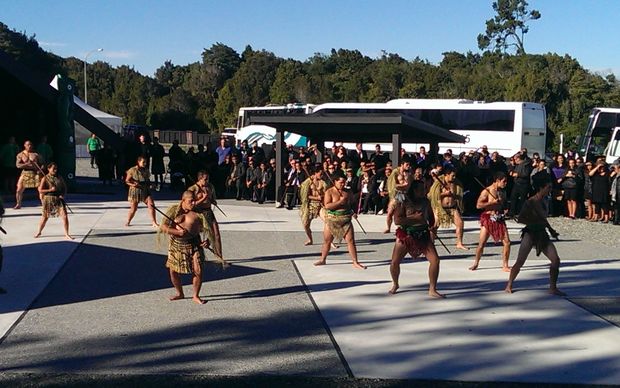 A provision was made in the Ngāruahine Treaty Settlement that the Crown should say sorry to the iwi in Hokitika, at a place where their ancestors spent the last years of their lives forced to do hard labour for passively resisting the Crown taking their land.

The event took place at Arahura Marae on a clear day, under the shadow of Aoraki/Mount Cook, on the West Coast of the South Island. 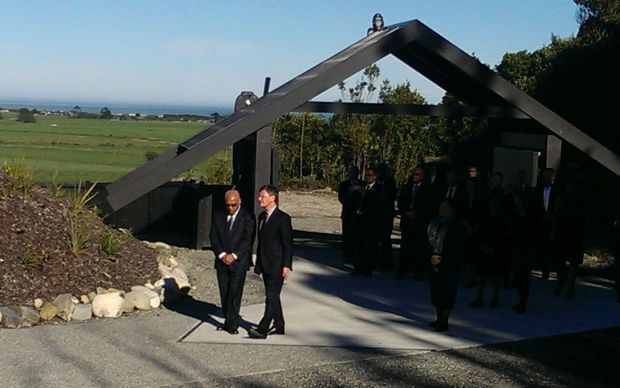 A band of Ngāi Tahu warriors stood fiercely in front of the Tuhuru wharenui to challenge government ministers including Chris Finlayson, who delivered the apology for the Crown's poor behaviour following the sacking of Parihaka Pā in 1881.

"[The] Crown's actions were wrongful. They were a breach of natural justice and they deprived them of basic human rights and inflicted unwarranted hardships on them, their whanau and their hapu. I now deliver the Crown's apology, as recorded in your Deed of Settlement, a deed that we signed at Te Ngutu o Te Manu on 1 August 2014."

With humility and dignity, Ngaruahine accepted the apology, which was agreed to be delivered in Hokitika, one of the three places in Te Wai Pounamu where the Parihaka political inmates were imprisoned without trial.

The tribe's treaty negotiator Daisy Noble said the occasion helped bring closure not only for the living descendants but for their tūpuna.

"Today's event brings closure in the form of a Crown apology, which we have heard the Minister deliver today. For Ngāruahine, it was that any apology given to our tūpuna. Hence the reason we are here, today."

The historical event was also an opportunity for the local Ngāi Tahu hapu of Ngāti Waewae to rekindle their links with the Taranaki tribe as it was the iwi that had to gather the remains of the Ngāruahine men who died during and after their imprisonment and bury them in its tribal cemetery.

"We've felt like we've had a responsibility for the last 140 [or] 130 years in looking after their tūpuna interred down here. So it was a really important part of being here [and] humbled at the same time. So it was just fantastic, today was just amazing."

Ngaruahine now has its sights on having its ancestral maunga, Mount Taranaki/Te Rere o Kapuni, returned to its protection. 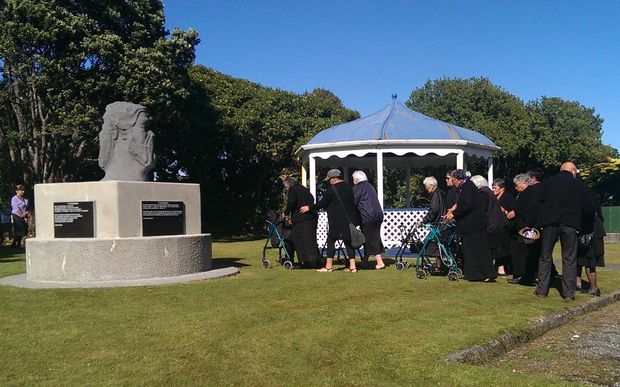 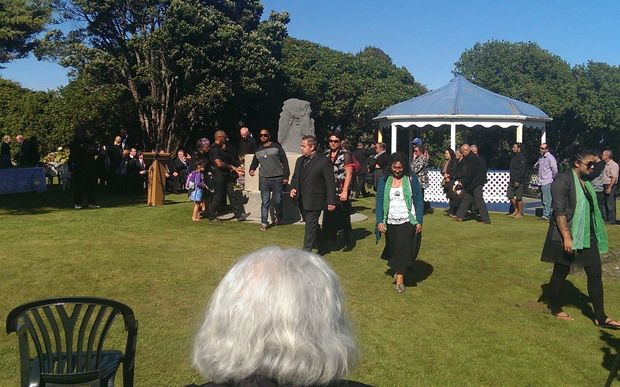