A tribal museum could open in Whakatane next year. 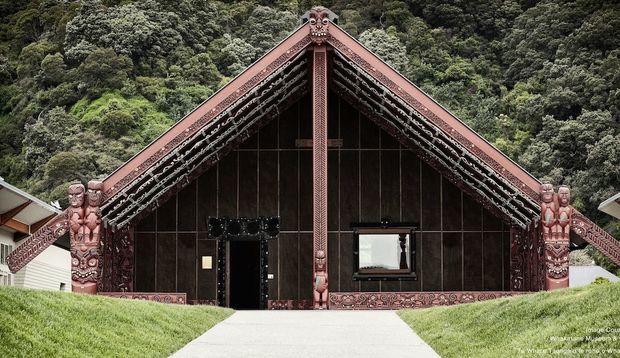 Some of the carvings from the wharenui, Mataatua, which is on the pa, are currently being restored, including one of two sets of carvings depicting twins that can be seen at the front of the house.

Mataatua was taken from the iwi by the crown more than 130 years ago, and had been shipped overseas.

It spent 70 years housed in a museum in the South Island before returning home and being opened in 2011.

The deputy chair at the Runanga o Ngati Awa, Pouroto Ngaropo, said it had plans to carve a new amo, one of the two front carved side pillars which supports the roof.

He said in the future it wanted to build its own museum so that the original ancient carving could be studied, and be admired as a taonga, connecting the tribe to the past but also remaining there for future generations to see.

Mr Ngaropo hoped the whare taonga would be up and running by the middle of next year.