A waka tour company has joined Auckland's largest hapū in demanding the plan by the Ports of Auckland to build two wharf extensions be stopped. 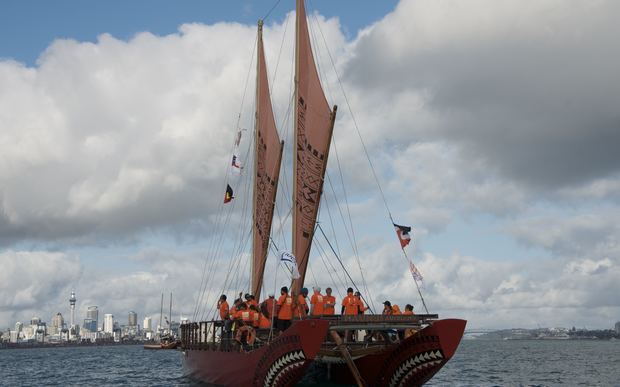 Mana whenua say there is no immediate need to expand the wharf.

John Panoho runs Waka Quest, a cultural tourism experience in the harbour based on a waka hourua - a double-hulled canoe.

Mr Panoho, of Ngāti Whātua and Ngāpuhi Nui Tonu, said the area used to be home to Māori villages and was a place where canoes were hauled up, but they have all been wiped from people's memories.

"Any interference with the natural waterways in any harbour or any water system, it's not a good thing from a cultural point of view, it changes the landscape of the stories. It's hard to put a story back over a place that has disappeared." 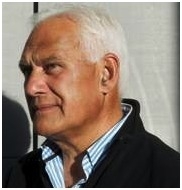 Mr Panoho used to work on the waterfront in the 1960s and said the advance of the wharves had been enormous.

He said the Port of Auckland's justification that the extension was needed for cruise ships did not 'wash' with him.

"They need to be able to provide services and the facilities for those big ships to come otherwise they lose it to places like Napier and Tauranga, that's definitely what's driving it," he said.

"They don't wont to lose the trade to those other ports. The cruise ship thing is just a red herring."

He said economic gain was not enough of a reason to extend the Bledisloe Wharf by 100 metres.

"I don't believe it should happen and I think any more change to that waterfront in that way is an abomination," he said.

"That landscape has already changed but it's just a part of the continuum. At some point in time you have to say 'we need to stop here and this place should remain as it is now'.

"It is a beautiful harbour, there's no doubt about that, but the more we do this stuff to it the less appealing it becomes."

"A study on the upper North Island wharf strategy has not been completed - hasn't even been started - and that was something the council promised in 2013 that it would undertake for any major activity at the port," he said.

"So we've just asking the council to taihoa, to take the time because these decisions can be irreversible when we're talking about reclaiming the sea."

Mr Blair said if the council allowed the extension to go ahead then it would set a precedent for more expansion.

A spokesperson for the mayor's office said the wharf extensions were outside the council's influence but the longer term question of the council stance on reclamation could be re-debated.

In a statement, the council rebuffed Mr Blair's criticisms: "Council did not vote for more lenient rules on reclamation and the council wants robust rules in the unitary plan ... In fact the council position is for tougher rules and regulations governing reclamation."

The council said it could not respond to comments made by Mr Blair directly as the issue was currently before the hearings panel, and it could not change the status of the proposed unitary plan.