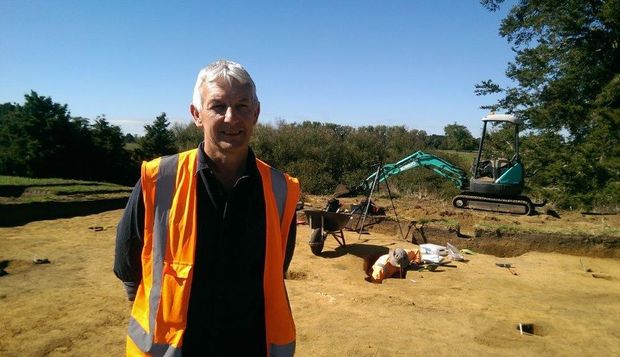 For the past two weeks they have been excavating a two hectare site near Mount Taupiri where a new stretch of road will go.

The latest dig has uncovered kumara and storage pits which are thought to have been from about the late 15th century.

An archaeologist hired by the New Zealand Transport Agency, Warren Gumbley, said their latest discovery was part of a bigger tribal operation, which stretches from Arapuni to Mercer.

"When you encounter it, the sites you can identify because of the large borrow pits that have been used for the quarrying," he said.

"These can be maybe 30 metres across and up to five metres deep. Obviously the soil itself, which is very highly modified with a lot of sand and gravel in it ... It is definitely an adaptation that allows Polynesian horticulture to be adapted to New Zealand."

NZTA Hamilton Project Services Manager Peter Simcock said it was important it did an archaeological survey of any new roading site.

"So effectively when we build a road through an archaeological site - we destroy it," he said.

"The work that we are doing will record anything that we can find here, and so that there is a good record of it for others to see in future." 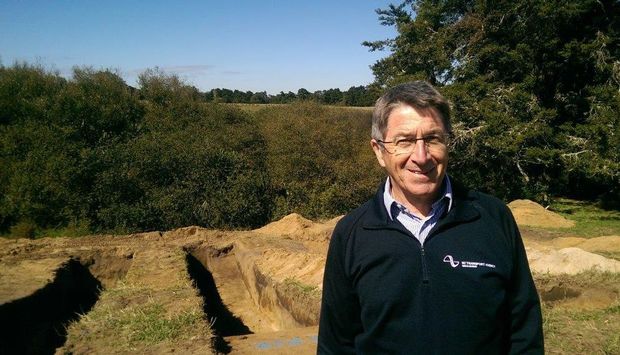 Waikato-Tainui was supportive of the project and had also been providing cultural advice.

Waikato-Tainui Te Kauhanganui CEO Parekawhia McLean said she was pleased that NZTA continued to actively consult with tribal members in all areas of the Huntly project.

"We established a tangata whenua working group comprising of Marae representatives so that they could engage directly with the Transport Agency and its contractors on this project."