After four decades of litigation, petition and negotiations, five Epa or Māori storehouse panels that were stolen from a swamp have returned home to Taranaki.

The panels were carved in 1820 and are hugely important to Te Ātiawa because they feature the unique carving styles of Taranaki.

They were illegally exported without the knowledge of the local community or the government and then sold under falsified documents of provenance to a private collector, George Ortiz.

Successive governments made efforts to secure their return from 1978 right up until their arrival back into the country in July last year. 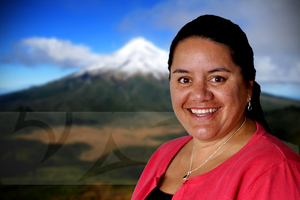 The Te Atiawa Chairperson, Liana Poutu, said the government played a big part in the repatriation.

"In terms of the role of the Minister of Treaty Negotiations, while the return of the Epa don't form part of our Treaty Settlement, the current Minister had a role to play in terms of negotiating with the Ortiz whānau who held the panels overseas," said Ms Poutu.

"And I guess it's a tribute, call it what you will, to his determination... so obviously we're really appreciative of that".

A renowned Taranaki traditional carver, Rangi Kipa, said the Epa that were carved by Te Atiawa artists in 1820 are significant because they are an example of his tribe's peculiar form of whakairo [carving].

"The Epa are of huge significance to our people, not only are they extraordinary works of art, they serve to provide a basis and foundation of our unique Taranaki carving style", Mr Kipa said.

The return took place at 6am this morning [Friday] with a formal pōwhiri and ceremony by Te Ātiawa leaders.

The taonga will be kept at Puke Ariki Museum under a Trust guardianship arrangement between Te Ātiawa, Puke Ariki and the Crown.