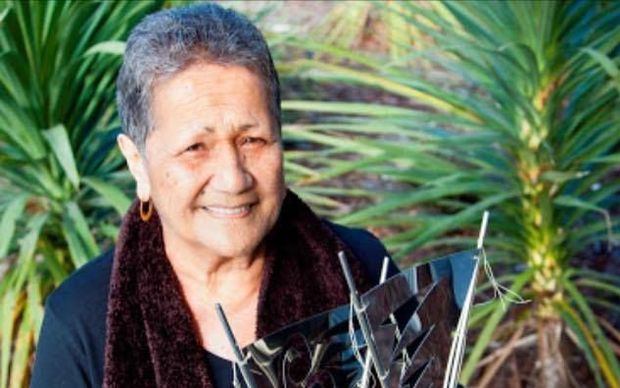 Materoa Haenga was an expert of idiomatic and colloquial Māori language. Photo: SUPPLIED

East coast tribes and the Māori language community are mourning the death of a "fighter of Te Reo Māori".

Materoa Haenga, of Ngāti Porou and Ngāti Kahungunu descent, died last night after suffering from an illness for more than five years.

She was an exponent of the Māori language for over 50 years, and was renowned nationally for the teaching of kīwaha, or colloquialisms.

One of her colleagues who taught with her at Kura Reo, Te Waihoroi Shortland, said the Māori language community is richer because of her extensive knowledge of Te Reo:

"And we all know a lot of it has been with her fight against the illness that's been going on at least for four or five years.

"You know, all I can say is that she fought just as hard against it as she did for the language she so loved.

"Ngāti Kahungunu... Probably one of the leading strategists of language revival amongst themselves have lost a real reo warrior."

Materoa Haenga will be taken to Te Ara ā Tāwhaki Marae at the Eastern Institute of Technology in Napier where she taught, where she will stay for two nights before being taken to Gisborne, and then buried at Taruheru cemetery.