In an effort to curb obesity and type-2 diabetes food vendors at Te Matatini have been made to serve up healthy kai. 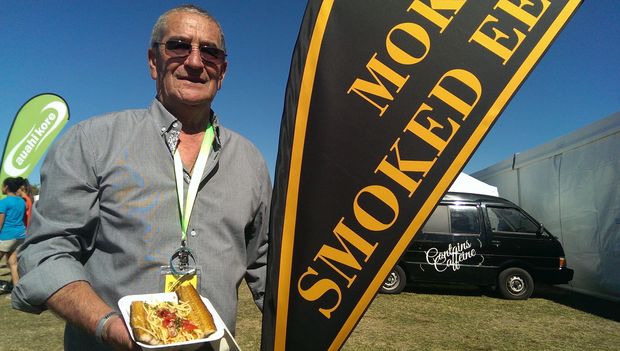 The Waitaha Cultural Committee, which is hosting the event, vetted all of the food stalls during the application process to make sure customers would get a healthy meal.

While the main focus is on kapa haka, the festival also celebrates Maori culture and cuisine.

Waitaha Cultural Council chairperson Ranui Ngarimu said the council talked about what kind of kai they wanted their manuhiri to eat and a decision was made to provide mainly traditional, local and healthy kai.

"We were looking for kai that is distinctly southern, and then we cottoned on to the idea that we were not going to have hot chips or fizzy drinks", said Mrs Ngarimu.

"And we talked about this a lot and people said oh people, won't, you know, come, or you know won't like it, but if we're going to be healthy people in the future we've got to start somewhere and Te Matatini is a good place to start".

Mrs Ngarimu said before the food vendors could set up shop they had to go through a strict process to ensure they were following the kaupapa.

"There were screened of what they were going to present to our people and that is why that kai in there (food tent) is so delicious, and distinctly Maori and mostly southern."

Tania Huria, of Ngai Tuahuriri, who is a senior lecturer at the Maori Indigenous Health Institute at Otago University, said it was a bold move for the Waitaha Cultural Council to make, but it proved that traditional Maori kai was a better alternative to junk food.

"It was probably a difficult stance to take and I'm sure they copped a bit of flack, but from a professional position I think it's amazing and the food in that kai tent is absolutely beautiful", said Ms Huria.

"We're big on mahinga kai (traditional food gathering) here in Ngai Tahu land and it's one of our big pushes around our strategies, is around supporting mahinga kai and actually developing them and Ngai Tuahuriri, which is my hapu, they do a big push around the [using the] rivers [to gather kai] so, yeah it's choice."

A local Maori food vendor who was selling traditionally smoked eel, Robert Dawson, of Ngai Tahu, Ngati Mamoe and Waitaha, said that kind of food sustained his ancestors and was a valuable food resource.

"Tuna (eel), because of its abundance in the waterways, we were a nomadic people, well the hunters and gathers were, and they had a ready supply of kai, and I think that tuna was their main source of kai and they really treasured that", said Mr Dawson.

The Waitaha Cultural Council chairperson Ranui Ngarimu said she hoped whanau would now take an extra step and eat healthy at home and that they left the event on Sunday feeling like Ngai Tahu has thanked them for their support.