The Far North iwi, Ngati Kahu, has fronted up to politicians - telling them to pull a settlement package for four other neighbouring tribes. 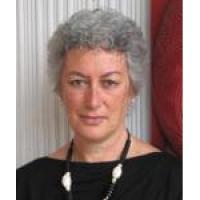 MPs have been told Ngati Kahu land is being included in the Te Hiku Claims Settlement Bill.

The leader, Margaret Mutu, made her submission to the Maori Affairs Select Committee sitting in Kaitaia, which was live streamed by Te Hiku Media.

"In spite of the direct opposition from Ngati Kahu the Crown has failed to adequately take into account, or have regard for, mana whenua, customary associations and interests of Ngati Kahu in making its offer to transfer various lands to other Te Hiku iwi".

Margaret Mutu said Ngati Kahu did not oppose tribes settling, but was against being excluded from its own land.

However, it is the polar opposite view from Te Aupouri - one of the tribes included in the Treaty settlement package.

Its chair, Rick Witana, said his people could not afford to wait any longer.

"It's now more than three years since the date of the signing of our Te Aupouri deed of settlement, and the legislation to give effect to our settlement is only now before the select committee.

"Even worse, it's thirty years from the date that the 'Wai 45' [claim] was submitted to the Waitangi Tribunal. The settlement of the Te Aupouri historical Treaty of Waitangi claims is now long overdue."

The Te Hiku Claims Settlement is due to address Treaty of Waitangi claims for Ngati Kuri, Te Aupouri, Ngai Takoto, and Te Rarawa.