A Porirua-based tribe has hosted a post-Treaty settlement tour of their tribal area - and their buses were booked out by elderly Pākehā folk. 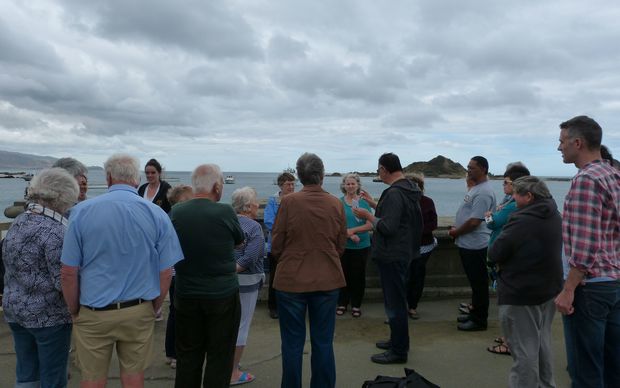 The trip was part its Whiti Te Rā exhibition at Te Papa.

On a cloudy but mild Saturday morning, I boarded a bus which was full of passengers, the majority of them Pākehā, over the age of 60.

They were like me, keen to learn about Ngāti Toa's history in the Wellington region.

One of the tour guides, Te Waari Carkeek, who is also the kaumatua of the tribe's Whiti Te Rā exhibition at Te Papa, took the tour group to local sites and to tell them why those places are important to them.

"We wanted to make sure that people had the context right about why Taputeranga is important, why this place here, Battle Hill is important to our people and the story of our people", said Mr Carkeek.

"I'm really really thrilled that we've got a full contingent. We started off with two buses, 20 people on each bus, and now we've got 60 people on this tour so that's really great".

Te Waari Carkeek explains why his iwi claimed Taputeranga Island, in Island Bay, in its Treaty of Waitangi settlement.

He tells the history of how Ngāti Toa Rangatira migrated south from Kāwhia Harbour in Waikato, in the 1820s, and conquered Te Whanganui ā Tara, or Wellington from the original iwi, Ngāti Ira and Ngāi Tara, and why the island is such an significant site:

"The people who occupied Wellington before Ngāti Toa and Te Ātiawa came, were descendants of the Kurahaupō waka (canoe)", said Mr Carkeek over the intercom system.

"They (Ngāti Ira and Ngāi Tara) put up resistance to the invasion of Ngāti Toa and Taranaki [tribes] and one of the last bastions of their resistance was Taputeranga". 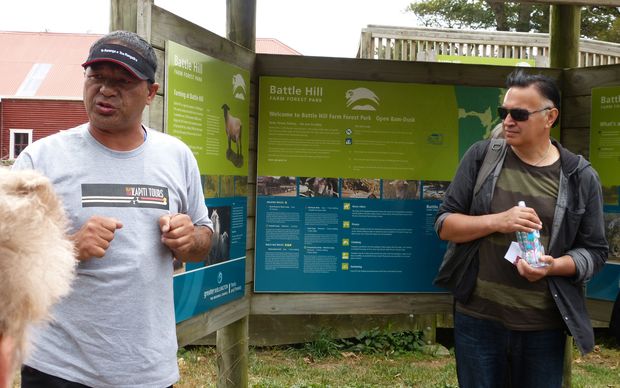 A Pākehā couple, who were in their 60s, from Upper Hutt, said they enjoyed the tour, and that this type of history needs to be taught more widely in the school curriculum.

"I've really enjoyed it, it's shown me the side of the history with which I was not familiar", said a man called Derek.

His wife Fran who is originally from Brisbane, Australia, added that the school system, even in her at time at school, failed to teach enough local history:

"In Australia as a young one, we learnt a lot of English history; we didn't learn enough history to do with Australia and I think the same applies with New Zealand a lot, too", she said.

"Yeah, we all know the Magna Carta, but we don't know a great deal really about the treaties that we have here and I think it should be taught".

"I'm already in discussions with my manager at Te Papa about running a field trip for staff, so that the staff are familiar with the Ngāti Toa story", said Mr Carkeek.

"We're already thinking of a similar guided tour for people maybe in another couple of months.

"It's been more successful than we originally thought about, so I'm really thrilled".

The tour took five hours and included a trip to the bottom of Haywards Hill Road in the Hutt Valley, Battle Hill, the Paekākāriki Hill submit, and then ended up at Takapūwāhia Marae in Porirua - the home base of Ngāti Toa. 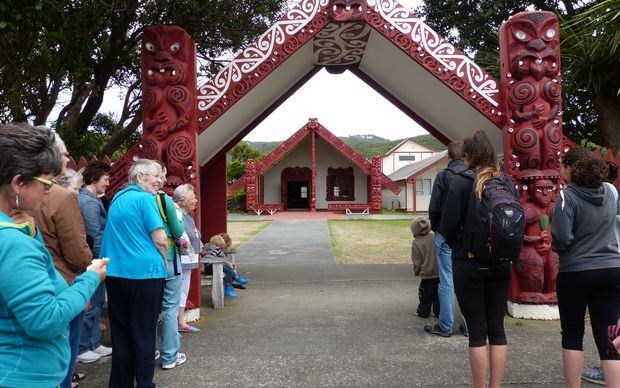