A Maori Anglican bishop says he is still the vicar-general, despite another bishop being appointed to the role. 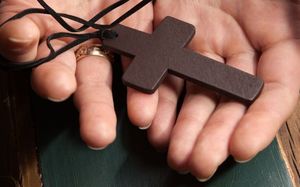 The vicar-general provides advice to the Archbishop, and helps him with duties he may need done.

And a spokesperson for the church, Bishop Pikaahu, said Bishop Gray resigned from the vicar-general position last year.

But Bishop Gray said he had only written a letter of intent, highlighting that he was considering resigning because of the heavy workload given to him by the Archbishop.

The bishop said he had not been asked to resign as the vicar-general and was still doing the job.

Bishop Gray said he wanted an apology from the archbishops of the church, claiming they made a false statement about him.

The confusion over the role comes in the wake of the archbishops from the church apologising for comments made by Bishop Gray which they say have offended Jews and Muslims.

Bishop Gray last month made statements about the Holocaust, and about Al Qaeda and Palestinians, which he said were accidentally uploaded to YouTube.

He said his Muslim and Jewish guests who were present held no animosity towards him and said to him that his view was one that they should talk more about with him.