A firefighter in Tauranga says a fire on the Tamapahore Marae last night is being treated as suspicious and could be the work of a serial arsonist. 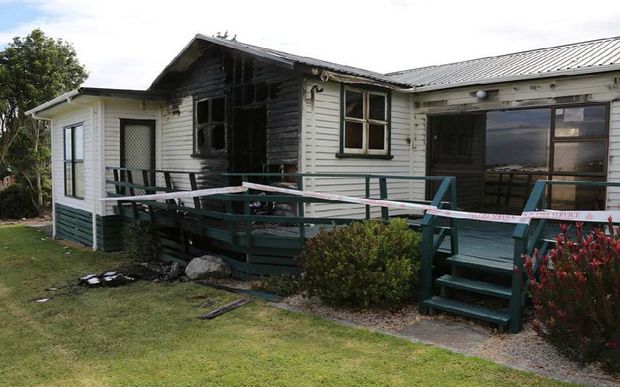 The fire, which took place in Tareha Lane in Te Maunga just after 11pm caused substantial damaged to a wooden deck and administration building.

Deputy chief of the Papamoa Volunteer Fire Brigade Brent Sandford said a large amount of records and files inside were severely damaged and the building would cost thousands of dollars to repair.

"The next door neighbour raised the alarm after seeing flames coming up. We think it started under the deck and worked its way up into the building.

"They had a whole lot of records in the building, some of them were damaged quite severely. There was a whole lot of filing in the room that was burnt.

"The manager of the building turned up, I think they were in a bit of shock that something like that could happen." 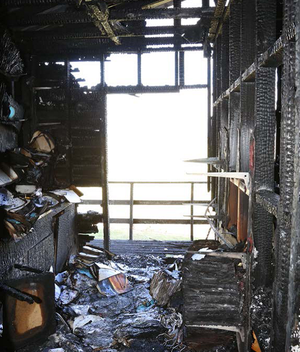 Mr Sandford said last year there was a spate of fires, but those responsible were caught, however he suspected there was still someone out in the community who was lighting them.

"We had suspicions last year that there was [someone else], but they haven't got anybody yet. There is the potential for more in future."

Detective Sergeant Alan Kingsbury said until forensic testing was completed police were unable to say exactly what caused the fire, however, it was being treated as suspicious.

"It is likely that people in the community will know who is responsible."

He urged anybody who was in the area at the time and who may have seen suspicious behaviour to contact the Tauranga Police.