Ngati Tuwharetoa is offering advice to other iwi now it has reached a deal with Mighty River Power over the use of water in Lake Taupo. 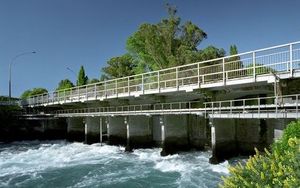 The iwi owned the lakebed and has the legal right to charge commercial users.

Following negotiations, it was pleased its property right was being recognised by the company.

Iwi such as the Lake Waikaremoana tribe of Ngati Ruapani within the Tuhoe territory have been trying to get rights to the lakebed through the Waitangi Tribunal recognised by Genesis Energy, which uses the waterway.

Chair of the tribal trustboard, John Bishara, offered some help.

He said companies generally wanted security when it came to the use of lakes.

Mr Bishara said his tribe had some legal documentation it could share with other tribes to reduce their costs.