Lawyers representing Māori military veterans have laid out their claims today before the Waitangi Tribunal.

Many of the grievances stem from treatment experienced during overseas wars and missions, particularly during the Second World War and the Vietnam War.

Counsel for the 28th Māori Battalion, Gerald Sharrock, said some of the claims would be inspiring but also harrowing. He said it was not just Māori servicemen but their whānau who had suffered.

"The effects they had on their families and their communities have lasted for generations, and most perniciously out of the Vietnam War where we had the effects of Agent Orange and similar chemicals."

Paul Harman, a lawyer representing Sir Graham Latimer, who served in Japan as part of Jayforce, said the tribunal could provide Māori veterans with renewed hope that they and their whānau would be provided with ongoing medical care and support.

"It's the only commission of inquiry that citizens can get an issue tabled and inquired into. I've had 35 years experience of Treaty jurisprudence. This is a new day in Aotearoa New Zealand and this was kick-off today. I was pleased with what I saw of the bench there because this is as much the country on trial."

"Three years Jayforce served and they were around the damage of Nagasaki. It's never been looked at why, first of all, they died so quickly, so young. And secondly, have their children inherited radioactive poisoning? Mr Latimer knows of one chap for example in his platoon that has four children, all holes in the heart, congenital defects." 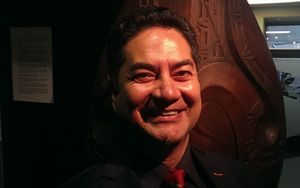 The lawyer acting for six claimant groups in the Veterans Inquiry, Tavake Barron Afeaki, is also representing a claim on behalf of his late uncle, Colonel 'Jim' or James Brown who served in Vietnam.

Mr Afeaki said Agent Orange led to the disruption of Mr Brown's whakapapa as he could not have children after he returned from Vietnam.

Maanu Paul, who is seeking redress for all veterans from the Land Wars through to Vietnam, said it was not just physical pain that was being felt. 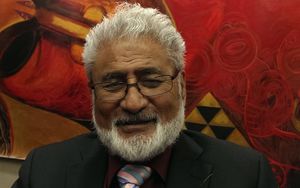 The last day for the Tribunal to receive claims has been set as 28 February next year.