Maori representation has been factored into a proposal recommending that local government in the Wellington region, Wairarapa and Kapiti Coast merge into the equivalent of a supercity council.

The Local Government Commission today proposed that the nine councils in the rohe are brought together.

As part of the two-volume draft, it recommends a governing body of 21 councillors be elected by people in eight newly defined wards covering the southern North Island from Kapiti to Wairarapa.

The proposal also explores Maori participation, including that the new Greater Wellington Council must have a Maori board at least until the 2019 triennial election. It would comprise of the mayor, two councillors and iwi representatives, who would be appointed by iwi organisations. 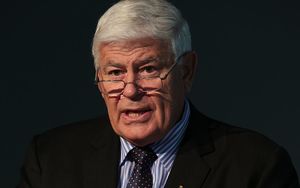 Councils have been doing that both formally and informally, and he says that should continue, but a new body would be stronger.

The advisory board would represent the view of tangata whenua, uphold the Treaty of Waitangi, and contribute to council decisions.

Before the triennial election, one of its members could be appointed to governing council committees expect for groups such as the National Resources Management Committee, Te Upoko Taiao, and a roopu set up to review performance or remuneration of the chief executive.

The proposal is now open to submissions until early next year and will almost certainly end in a referendum.