Maori communities are creating their own ground-breaking initiatives to help tackle suicide amongst tangata whenua. 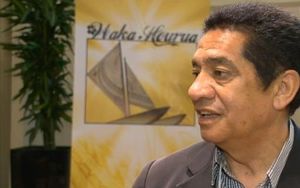 Figures show that Maori have a much higher suicide rate than non-Maori and that is not declining, with figures from the Chief Coroner revealing that 108 people of Maori descent took their lives in the year to June, compared with 105 the previous year.

"The projects are diverse in nature. One called 'Hair for Life' involves a Maori hairdresser visiting popular hair salons in Auckland to talk about how boundaries are broken down by the touching of the head, which is tapu (sacred), and encouraging people to share their problems.

"She is training hairdressers to allow the conversation to happen and helping them identify the warning signs. It's also so that the hairdresser then knows who they could refer their client on to, but she's not training them to be counsellors."

"They have been creative and innovative in the way in which they have raised and heightened awareness of the issue."

Marama Parore, interim chief executive at Te Rau Matatini - a partner to Waka Hourua - said while the funding comes from Wellington, the programme was all about getting back to basics.

"We're not going to produce a whole bunch of brochures and pamphlets that never get picked up or read. It's been really important to not go into communities and say, 'You will do these things' but ... 'What things do you think will work for your community?', trusting that they know the solutions."