An expert in Maori health and housing is accusing the Government of selling off a large portion of state housing, leaving Maori vulnerable and their health at risk. 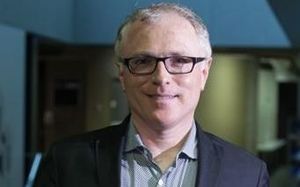 Michael Baker, the University of Otago's Housing and Health Research Programme co-director, said Maori made up a third of social housing occupants and cutbacks would leave them at the mercy of an unregulated rental market.

Professor Baker said social housing made up only 6 percent of New Zealand's housing capacity compared with many other countries where it was 20 to 30 percent.

The public health specialist said it was potentially very grim for Maori because well under 50 percent owned homes. He believed Maori and their representatives should be very concerned about the trend.

Professor Baker said it was not clear how the policy came into being, and there was no indication going into September's general election that the Government intended to sell off state housing.

The Government's policy on state housing has not been articulated clearly, he believed.

In a statement today, Social Housing Minister Paula Bennett said that Professor Baker is making a number of assumptions that are not based on fact.

She said the minstry is working through options on how best to ensure that more New Zealanders have access to warm, dry, affordable housing.