Woven flax artwork panels at Te Papa Tongarewa were packed up today and are to be shipped to their permanent home at the United Nations headquarters in New York.

The tukutuku were made by weavers from Te Roopu Rāranga Whatu o Aotearoa - the National Collective of Māori Weavers in New Zealand. 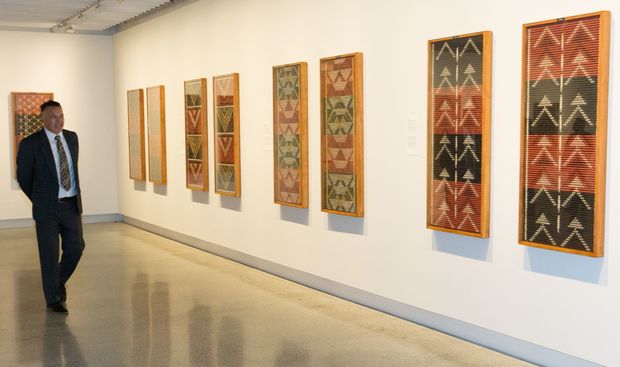 It was an emotional farewell for the tukutuku in Wellington this morning, evident by powerful singing which filled the national museum's display room, creating a sense of sadness and loss.

Forty-three of the 50 tukutuku will never return to Aotearoa, and soon the walls that have held the handmade panels for several months will be bare.

The closing ceremony of Kahui Raranga - the art of Tukutuku was led by the Minister for Māori Development Te Ururoa Flavell.

"It's really appropriate that these taonga are going to an organisation responsible for maintaining international peace and security." 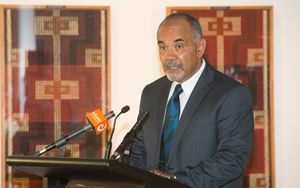 Three of the remaining tukutuku would be displayed at the New York headquarters of Jim McLay, New Zealand's permanent representative at the UN. A decision on the home for the other four that would stay in New Zealand had not yet been made.

Weavers Cathy and Jim Schuster put their blood, sweat and tears into the panel Te Ao Hurihuri or The Changing World. Ms Schuster said the tukutuku carries a UN theme.

"It begins with Te Pou, which is the beginning of all things and a spiral style design reflects the development of the world.

"There's also a Poutama pattern which depicts change, development and education, also central themes to the work of the United Nations, and further out from that there's a pattern called Poroporo Whetū which talks about the world and its place in the galaxy."

The New Zealand wall is at the entrance to the UN's General Assembly Hall.

Weaver Tracey Morgan's work would also be on show at the UN. She said the patterns on her tukutuku draw from her Māori history and she worked on them with her children.

Ms Morgan said Ngā Herenga Waka is about the voyage through life: Roimata Toroa is about the tears of the albatross, while Purapura Whetū represents community.

"They're very much historical patterns with historical meanings, depending on which iwi or rohe people come from," she said.

So how will the deeper meaning of the tukutuku patterns be understood by people that work or pass through the UN headquarters in New York? Weaver Jim Schuster said that has been taken into consideration.

"All the weavers wrote their interpretation of their patterns, and they will be printed in a booklet which will be available at the entrance to the General Assembly Hall where the tukutuku will be on display."

The panels will be on display by early next year following the refurbishment of the UN building.