Hone Harawira's supporters say he has achieved a great deal for the north since he took the seat nine years ago.

The Tai Tokerau seat has gone to Labour's candidate Kelvin Davis, who won by more than 1000 votes. 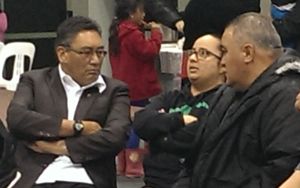 Special votes are yet to be counted.

A supporter, Mere Wikitera-Simon, said Mr Harawira has contributed "so much" to the rohe, and she would stand by him no matter what he did.

She said he had always been the voice for his people, even before getting into parliament.

Ms Wikitera-Simon said Mr Harawira is a man of principle, who "walks the talk" and believes in the Tiriti of Waitangi.

And she said he believes in feeding the rawakore, or people in need.