An aspiring Maori poet is shocked to be included in a publication alongside some of New Zealand's leading Maori writers. 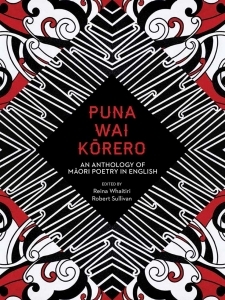 Puna Wai Korero is the first ever anthology of Maori poetry in English.

It includes poems from revered established writers as well as new voices who come from different walks of life including Keri Hulme, Witi Ihimaera and Hone Tuwhare.

Maori poet and Radio New Zealand broadcaster Justine Murray, who hails from Ngati Ranginui and Ngai Te Rangi in Tauranga, said she was surprised when she was approached by the editors of Puna Wai Korero to be part of the anthology.

Mrs Murray said she was humbled and honoured to be featured among those esteemed poets, and the invitation to be included in the Puna Wai Korero collection came out of the blue.

She said a few months prior to being contacted she had two of her poems released in Anton Blank's book, Ora Nui. She said both of those poems had been picked up by Puna Wai Korero and one of them speaks about her beloved hometown.

Puna Wai Korero will be released on 20 September.