The gills of juvenile snapper in Kaipara Harbour are mutating due to increased sediment on the sea floor, the National Institute of Water and Atmospheric Research (NIWA) says. 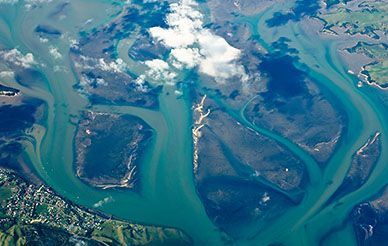 The Kaipara is the largest harbour in Aotearoa and Dr Lowe said it is an important snapper nursery. When the fish grow up and move out of the estuary, they make up more than 80 percent of the North Island's west coast snapper population.

Dr Lowe said the seagrass that the snapper lives in is being smothered by the sediment, so the snapper are unable to see their prey or breathe easily.

She said their gills are mutating because they are so vulnerable to the increased sedimentation.

Dr Lowe said the increase caused the fish to put down more cells in their gills to stop the sediment particles from getting across and into their blood stream. When there were too many of the cells they thicken up and are fused together.

She also warned that the sediment predisposes the fish to bacterial infection and reduces their growth rates.