Iwi and hapu are being told the latest census information provides useful insights for tribal policy-making. 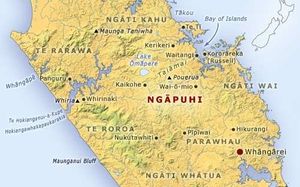 Statistics New Zealand senior adviser Luke Crawford says the figures from 2013 reveal where Maori affiliations lie and provides a snapshot of where the people of various iwi are living.

Mr Crawford said Maori were able to select up to five tribal affiliations in census and, while most people belong to only one iwi, 9042 said their whakapapa was linked to five different ones.

The statistics have many useful applications, he said. They show 125,601 people say they belong to Ngapuhi, making it New Zealand's biggest iwi, while in contrast, 12 have populations that that are under 500.

Mr Crawford said those going through Treaty negotiations can get a better idea of population and where their people are located, but the statistics also reveal how many people in each tribe and sub-tribe smoke, whether they have an internet connection, cars, jobs, their income and other factors.