The commercial arm of an Auckland tribe says buying a multimillion-dollar office building on its own land gives it more control and better returns from its assets. 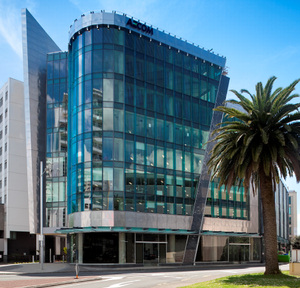 Ngati Wahtua o Orakei Whai Rawa bought the land in 1996 and leased it to developers, who then built office buildings including AECOM House in what became Quay Park.

Director Ngarimu Blair said AECOM House is the tribe's first significant purchase since its Treaty settlement in 2012. He would not disclose exactly how much it cost, but said it was in the tens of millions of dollars.

Mr Blair said Whai Rawa considers Quay Park to be a "he kura piata" - a precious jewel that his ancestors would also call a nest-egg that is well-placed to keep laying more eggs.

He said buying of an office building in the middle of the "nest-egg" mean the profits now go directly back to the tribe.

Ngarimu Blair said like many Maori corporates, the tribe has tended to be a passive landowner and not taken much risk.

He said the profit of the buildings on top of the land usually goes back to property developers, but the tribe is now working to change that pattern.

Mr Blair said acquiring AECOM House in Quay Park provides the tribe with more direct control because the cashflow from the building is now going back to Whai Rawa. The office is set to add an eight percent yield to its cashflow.

AECOM House opened in mid-2013 and has a five-star Green Star Design rating and good tenants, he said.

"We are excited by this new purchase and the tribe's involvement will be good for the precinct and we're keen to increase the vibrancy in Quay Park. This is the beginning of a diversification of our property portfolio, which previously only had land and residential properties in it.

"In the near future, we will start to develop residential properties in Devonport on the North Shore and we will see a growth in our purchase of commercial buildings and land."