Hundreds of visitors from through out the country descended on Turangawaewae Marae in Ngaruawahia for the annual koroneihana (coronation) celebrations for the Maori king. 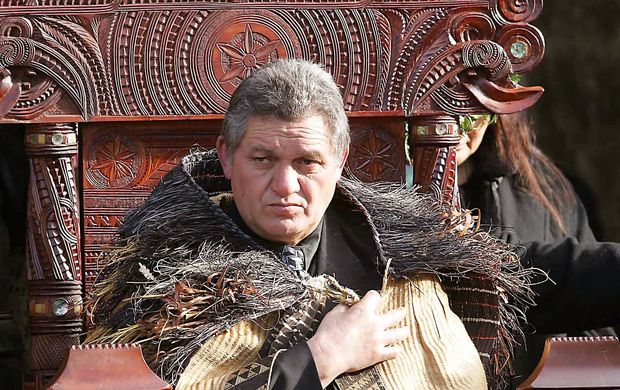 King Tuheitia Paki during his coronation ceremony at Turangawaewae in Ngaruawahia in August 2006. Photo: AFP

The event marks the time when Tuheitia Paki ascended the throne on the 21 August 2006 following the death of his mother, Te Arikinui Dame Te Ataairangikaahu, who died six days earlier.

On Monday on the marae, both the manuhiri and the Kingitanga acknowledged Nga Kawe Mate o Tainui paying tribute and remembering those from the tribe who had passed on since the last koroneihana.

Other activities on the marae included a health, education and sports expo, and Te Kahui Rangatahi which encourages the tribal youth to learn and strengthen their connection to their Tainuitanga and the Kingitanga.

More visitors are expected over the next few days including international ambassadors, members of the Tongan royal family and the other Polynesian aristocracy from Rarotonga and Samoa.

Usual activities such as waka regatta, cultural performances, political debates, and sports events will take place during the week.

The Maori King's coronation celebrations last for a day.

On Tuesday from 8am until 10am tribal groups from across Aotearoa will be bringing the memories of those who have died since the last koroneihana on to the marae.

Then at 1.30pm on Tuesday Prime Minister John Key and other parliamentarians will be welcomed on to Turangawaewae Marae.