Some Treaty of Waitangi lawyers say a plan by Labour to get all historical claims settled by 2020 is achievable if more resources are put into the Waitangi Tribunal. 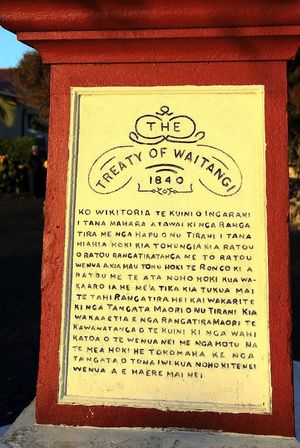 The Maori text of the Treaty of Waitangi. Photo: PHOTO NZ

The Labour Party released its Maori development policy in Whangarei on Sunday, saying that once the job is done, it would review the role and function of the Waitangi Tribunal.

Treaty lawyer Janet Mason said many contemporary claims have arisen because of governments trying to rush through settlements.

She said the 2020 deadline set by Labour could be done, but 'how' was the question that needed a definitive answer.

Ms Mason said it could only be achieved if more financial commitment was made to the Tribunal.

Another lawyer, Kathy Ertel, said some claims could take up to five years to complete.

He said to impose deadlines was insulting, saying he preferred aspirational goals and by 2017 all iwi that were willing, should have deeds of settlement, if this Government was re-elected.