A language expert says a national language policy, reflecting the diversity of Aotearoa, would help the revitalisation of Te Reo Rangatira. 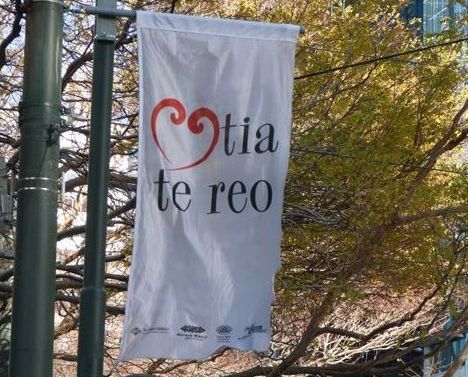 The Royal Society has also called for a national language policy for Aotearoa. Photo: RNZ

Statistics based on the latest Census and subsequent data shows the Asian population is the fastest growing ethnic group, increasing by almost 50 percent since 2001.

The Royal Society released a paper last year which made the case for a national language policy, which would take a unified approach to the way different languages are spoken, used and preserved - reflecting the cultural diversity of Aotearoa.

Sharon Harvey is the head of the Auckland University of Technology's School of Language and Culture, and a member of the Royal Society's Social Sciences and Humanities Advisory Panel.

She said there had been arguments for many years that Te Reo needed to be in a secure position before looking at learning different languages.

But Ms Harvey said Aotearoa needed to come to grips with its fast growing diversity.

She believed Te Reo Maori would do much better in a country which dealt with diversity and bilingualism in a more sophisticated way.

She said the status of Te Reo had suffered because of the emphasis placed on learning English and did not create a culture which made it easy to learn another language.

The Royal Society is re-launching the paper in February next year in order to show politicians how and why a policy would be beneficial for New Zealand.