The Maori Arts and Crafts Institute is planning for Tuku Iho, a Maori exhibition including greenstone and bone carvings, to tour South America. 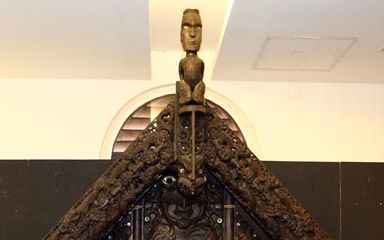 The show opened in Penang, Malaysia on Friday 8 August. It is the last stop in its Asian roadshow after recently being showcased in China.

The institute's director, Karl Johnstone, said after sparking conversations in south-east Asia about the origins of Maori and the similarities with indigenous people in the region, it would be taken to Chile in March next year.

Mr Johnstone said after it closed in Penang in mid-September the exhibition would return to Aotearoa.

He said the display would then be taken to the Gabriela Mistral Cultural Center in Santiago, which is the old torture house of the former Chilean dictator Augusto Pinochet.

Mr Johnstone said there would be discussions with other South American countries about whether it would go to Buenos Aires, Argentina, and Rio de Janeiro, Brazil.