King Tuheitia and the Hamilton City Council are to meet this Friday to discuss the gifting of a sculpture of the first Maori King, Potatau Te Wherowhero. 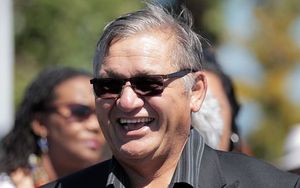 The council says its creator, New Zealand-born artist Gary Scofield, will also attend the hui where the King will view the bronze.

King Tuheitia has agreed to met with the American-based artist and the deputy mayor of the Hamilton City Council, Gordon Chesterman.

A spokesperson for the Office of the King says one of the ideas discussed is that the sculpture be displayed in the council chambers where the first Maori King can watch over the decision-makers who represent everyone.

He says there is a desire for the sculpture to be placed somewhere significant.

Deputy Mayor Gordon Chesterman said while Gary Schofield was considering donating the artwork to the city, that was dependent on the King's approval of it first.