The eastern Bay of Plenty iwi of Tuhoe will officially open one of its four tribal medical centres in about a week's time.

The tribe was aiming to open all four offices before the end of the year.

It said it's first centre in Taneatua will now open on 12 August despite saying in March it would be opened in mid-April.

The new facility will include an administration office, and a separate existing building, which is being turned into three doctors' rooms.

Its services will include midwifery, asthma management and diabetes checks. 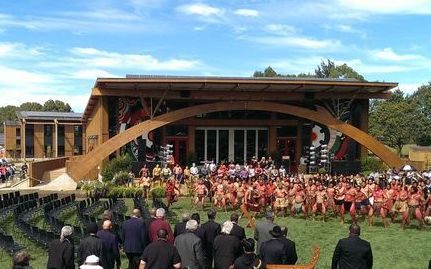 First, the new Tuhoe HQ, next a health centre at Taneatua. Photo: RNZ