New Zealand's longest running legal case has been settled after 140 years of Whanganui iwi petitioning the Crown over their relationship to their ancestral river. 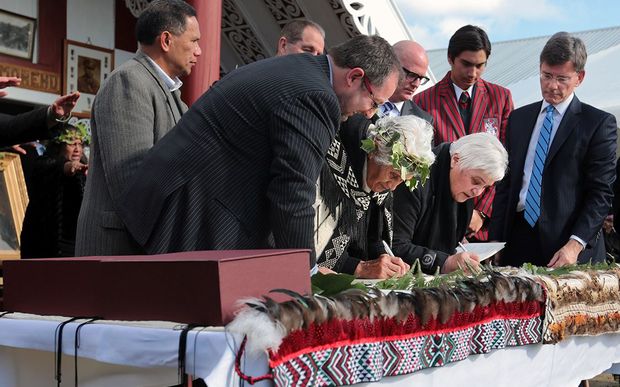 Incantations or prayers were recited over the Treaty document before it was signed. As part of the Treaty package, Whanganui iwi will now get a say about how the river is managed, including who gained consent to take water from the awa (river).

Three powhiri, or official welcomes, were held - the first for the local people, and leaders from other iwi were welcomed on in the second ope (group).

Treaty Negotiations Minister Chris Finlayson was a part of the third ope and had to wait about an hour before walking on to the marae about 11am. People on the marae indicated they knew that Mr Finlayson was waiting outside, but said they have been waiting 140 years for the signing of the document.

Journalists were told to turn off their recording devices, while those involved in leading the ceremony recounted the names of ancestors of the Whanganui River so everyone at the ceremony would know them. 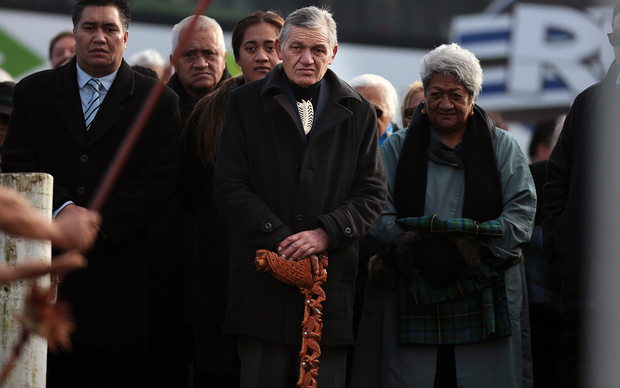 After Maori dignitaries made their speeches, Mr Finlayson acknowledged the wrong-doing by past governments for disregarding iwi in matters concerning the river.

He praised the retiring Te Tai Hauauru MP, Tariana Turia, for pushing the settlement and for standing up against Labour's foreshore and seabed legislation in 2004.

"But a decade ago, it was Tariana Turia who stood up to her friends and said the foreshore and seabed legislation is wrong, it cannot endure, and it was repealed because of her."

Those at the gathering also paid their respects to the late Sir Archie Taiaroa, who instigated negotiations over a settlement in the 1990s.

Gerrard Albert, lead negotiator for the Whanganui River iwi, said the settlement meant the community could begin to look at ways to provide better environmental outcomes for the waterway. The most urgent issue was land use, including run-off into the river.

As part of the Treaty deal, a post settlement trust would be set up, Te Runanga o Te Awa Tupua o Whanganui, and made up of iwi representatives. 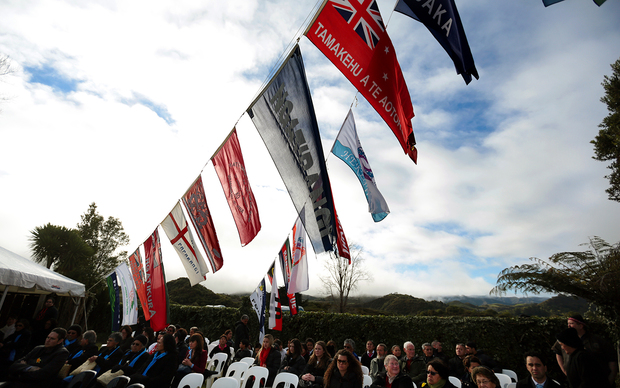