Counsellors say that some Maori men going through the court system are automatically pleading guilty due a lack of information. 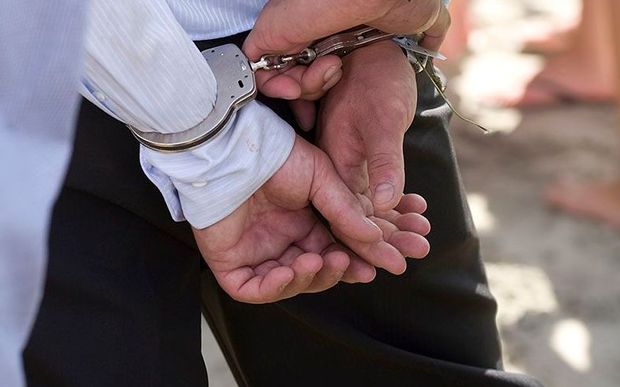 The co-chair of the Maori Caucus for the National Network for Stopping Violence says they don't fully comprehend what the charges are and plead guilty without understanding the consequences.

Takurua Tawera says Maori men are often left frustrated by having a defence lawyer who is not prepared and don't know who they are.

The cultural and clinical counsellor says that 80 percent of the men he sees are on parole from prisons across Aotearoa and 80 percent of those are Maori, despite it being a mainstream service.

Mr Tawera says many are often frustrated by a court system they don't understand.

"In cases of Maori they will plead guilty to the charge without understanding its full impact and the consequences. Most of the guys we see constantly say this is a re-occurring experience."

Takurua Tawera said the men's defence lawyers were frequently not prepared and don't know who their clients are.

He said the men described feeling like a herd of cattle being processed.

And when he asked them about why they had not met their lawyer before their first court appearance, the answers reflected their ignorance.

"I say 'do you ever think of ringing them up prior to your appearance and try and organise things so that there's some preparation done?' and they go, 'we're never been informed and didn't know we can do that'.

"They get a letter from Legal Aid saying 'I'm your representation' and when the court date is, but a lot of them don't get appointments.

"Predominantly what we see is that Maori fit that category where there is some disparity in regards to access to information."

"There's an holistic approach at the Wairaprapa court system where I worked for many years. It brings in addiction services, lawyers, WINZ to all sit the court," he said.

"Maori are best served by Maori services working in conduction with mainstream ones."

A former-gang member with numerous convictions, who now works as an alcohol and drug councillor agreed.

'Blaine', who only wanted to be identified by his first name, said tangata whenua often immediately pleaded guilty due to a lack of cultural awareness of the court process.

But he said some of the judges he regularly meets are equally unaware of aspects of Maori culture.

"When you're talking cultural stuff you start with some korero around kaupapa and why we're having this hui and these three judges had no idea.

"I'm not saying 'go and learn Te Reo Maori', but what I am saying is if you had an understanding of where Maori come from then the concepts would be a lot easier to understand and outcomes a lot better."

Blaine said the need for change is comparable to the different approaches Maori and Pakeha have to burial rites.

But a professor of sociology at the University of Canterbury, Greg Newbold said the problem was not to do with cultural issues.

"In some cases there may be a cultural element, but I think in the majority of cases it's a class issue, it has to do with poverty,'' he said.

"People's actions when they're adults have to do with things that they experienced when they were young for the most part, it's one reason young Maori are so often before the courts."

The Ministry of Justice provided a number of responses to the issues raised by Takurua Tawera and Blaine.

The District Courts general manager Tony Fisher said the ministry and the judiciary had worked to ensure that Maori culture was appropriately recognised within the court system. Sessions were opened and closed in te reo Maori and for cases that come to trial, Maori were entitled to ask for the proceedings to be translated into te reo.

Restorative justice could also provide a culturally-appropriate response to offending by engaging the wider whanau and community in dealing with the offending. It also recognised key Maori values about putting things right, face to face, with the person who had been harmed.

The Sentencing Act provided an opportunity for cultural concerns to be taken into account in the court process.

An offender appearing before the court for sentencing could request that the court heard a submission on the personal, family, whanau, community, and cultural background of the offender.

The duty lawyer service was available, free, to those who went to court without a lawyer.

The Legal Aid Services general manager, Michele McCreadie, said duty lawyers would help seek a remand without plea to apply for legal aid, provide advice, and if necessary, assist with a "not guilty" plea.

And key part of a duty lawyers would give advice, such as about the seriousness of the charge and if there was a defence, and could help with any legal aid application.