The Human Rights Review Tribunal has been told two Fairfax newspaper cartoons were insulting, discriminating and brought Maori and Pasifika into contempt.

The cartoons were about the Government's Breakfast in Schools programme and depicted obese brown characters taking advantage of the scheme and portrays them spending money on alcohol, cigarettes and pokies. 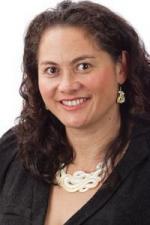 One of the cartoons shows two characters with Polynesian features, with one saying to the other, "If he can get away with this, there's more cash left for booze, smokes and pokies".

The other, shows a Polynesian family portraying a similar message.

Louisa Wall, the Labour Party's MP for Manurewa,laid the complaint and presented evidence on Monday. She initially filed a complaint with the Human Rights Commission but it ruled that the cartoons did not reach the level of racism but told her that she could take the matter to the Human Rights Review Tribunal.

Her case is that the cartoons were in breach of Section 61 of the Human Rights Act, inciting racial disharmony.

Louisa Wall told the tribunal on Monday that a majority of her electorate in Auckland is Pasifika and Maori, and all schools in her rohe have some sort of food in schools programme, in which the cartoons were about.

Ms Wall said the cartoons are insulting, discriminating, ignorant and brought Maori and Pacific into contempt and the ideas the cartoons portrayed created negative stereotypes of vulnerable whanau, who are in need of the breakfast in schools programmes.

Fairfax said at the time the cartoons were published and during the backlash from a number of people, that they weren't going to apologise and defended the publication of the images.

Ms Wall said Maori having red hair is not uncommon, and said, for example, she mentioned Ngati Porou, an iwi where red hair was prevalent.

The tribunal also heard from Leonie Pihama, an associate professor at Te Puna Wananga at the University of Auckland and the director of Waikato University's Te Kotahi Research Institute

She cited a number of reports which show evidence of the social inequalities within Maori and Pasifika - be it access to health or education - and how examples of negative stereotypes, such as the cartoons, contribute to those outcomes.

Dr Pihama said the cartoons are a racist representation of Maori and Pacific people and those types of portrayals play a role in driving people's negative perceptions of those cultures.

She said she believes it appears the editors did know the cartoons were discminatory before giving the all clear to publish them and any media outlet who publish this kind of view need to be called into account.

A youth worker in South Auckland also gave evidence. Ben Tamarua is part of a leadership group, Warriors of Change. He said many of his peers were offended and insulted by the cartoons and he felt that Maori were disgraced by the cartoons.

The hearing is set for five days featuring a number of witnesses, although one of them won't be the cartoonist, Al Nisbet.