The Maori Party's Te Tai Hauauru candidate, Chris McKenzie, doubts the appointment of 12 Maori police inspectors will stamp out racism within the force. 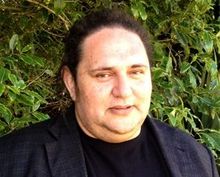 The senior officers will work alongside district commanders to ensure they meet targets to cut prosecution rates for Maori.

Superintendent Wally Haumaha said they would ensure there was enough staffing and resources to deal with tangata whenua involved with problems such as family violence and drugs and alcohol.

Drawing on his background in education, Mr McKenzie said he did not think 12 inspectors could turn around a police culture of racial profiling.

Mr McKenzie said he felt for people like Mr Haumaha, who had worked long and hard to change the way some communities see the police. But Mr McKenzie believed racism was ingrained in sections of the police.