The United Nations is denying an accusation its president is delaying preparations to hold its first global indigenous conference. 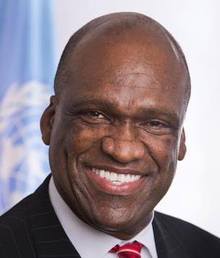 The hui is due to take place in September.

A Maori United Nations delegate Carl Hutchby said a spokesperson for the President of the General Assembly, John Ashe, hadn't made up his mind about holding the hui, while he was at a UN meeting last month.

Last week, Mr Hutchby told Te Manu Korihi that every country at the June meeting expressed disappointment, and called for the indigenous hui to go ahead.

He said there was still uncertainty at the end of June about whether it would happen.

But a spokesperson for John Ashe, Afaf Konja, said John Ashe was making every attempt to consult with delegates about the conference.