The Ministry of Education has confirmed nearly half the students of a Northland kura left in the first few weeks of the first term to enrol in nearby schools. 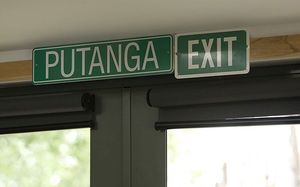 It had 85 students enrolled at the beginning of term one, but now has only 55, with 12 of those having joined since then.

The exodus of students took place between 28 January and 17 February.

The kura has been in the spotlight after the Ministry of Education appointed a commissioner, Larry Forbes, to review the 2013 election process for its board after the ballot was not carried out properly.

Katrina Casey said Mr Forbes' work will involve collating all paper evidence and may also include the recollections of people such as the returning officer and those in the community.

Ms Casey said the commissioner would also be responsible for all aspects of governance at Te Kura Kaupapa Maori O Whangaroa and the review would be completed as soon as possible.