A survey to gauge how various workplaces are culturally responsive to their Maori employees aims to find out why some professional Maori leave their jobs. 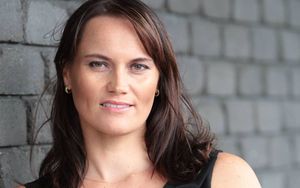 Raiha Hooker, of Ngaruahinerangi descent, is a postgraduate student at Massey University and is conducting an online survey for her masters degree.

She said she had learned from her own experience of working in mainstream organisations that it could be daunting for some Maori who might be used to working in a "whanau" atmosphere - in closeknit teams - which was not always the culture in workplaces.

Ms Hooker said she was asking questions such as whether "whanaungatanga", or a sense of belonging, was still important in a work environment, and whether employers were supportive and aware of those kinds of Maori values.

She wanted to know whether "whanaungatanga", or the lack of it, made Maori want to stay or leave their jobs.

The survey information was confidential and not even Ms Hooker would know who had provided the answers to her survey.