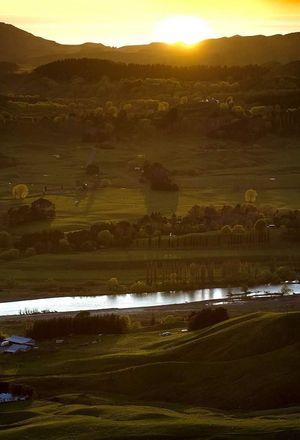 Operation Patiki was formed by members of Kohupatiki marae in 2011 to protect the fish.

A spokesperson said if no action was taken to stop pollution from factories running into the Ngaruroro River, and improvements made to the Tukituki and Tutaekuri rivers, it would be a disaster for the fish.

Tom McGuire, who is affiliated with both Ngati Porou and Kohupatiki, said patiki in the Ngaruroro River were tagged and their numbers had dwindled.

Mr McGuire said the grasses and trees which grew on the sides of the Ngaruroro River had been destroyed, and there was nowhere for the fish to hide.

The patiki's habitat in the Tukituki River and Tutaekuri rivers had also been damaged, endangering their survival.

There was a lot of anger about contractors taking gravel out of the Tukituki River and disturbing the whole river system, he said.

"At one time that river had just one channel, now it has many. The river's running everywhere with lots of different channels which is not good for the patiki. It's not right that the legal system allows these things to happen."

Cattle standing and defecating in the Tutaekuri River are also destroying places where the patiki lived, he said.

Fish and Game and the Department of Conservation supported Operation Patiki.