A Ngati Porou woman is the winner of the inaugural Maori Language Award for the New Zealand Post Book Awards for Children and Young Adults. 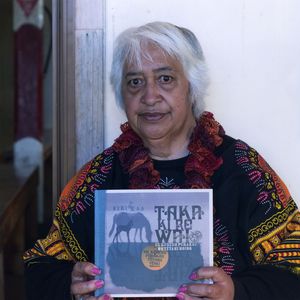 The awards recognise the best written and illustrated books published by New Zealand authors each year and were announced in Auckland on Monday night.

Writer Keri Kaa and illustrator Martin D Page, who also published the book, won the award for Taka Ki Ro Wai, about the birth of a foal and the relationship which unfolds between it and a pig.

Kaa said the story was set in the heart of Ngati Porou and the language in the book used the distinct dialect of the area.

Ms Kaa said it took 10 years for the book to come to fruition, and that was due to the support of many people.

Writing strategic plans to save the Maori language would not work, whereas actually speaking it everywhere and as often as possible would, she said.