The Motiti Island hapu plans to reveal confidential agreements it says show Maori and the public have not been kept in the loop about the Rena wreck. 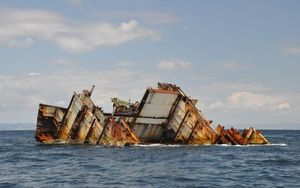 The owners of the ship have applied to the Bay of Plenty Regional Council for consent to leave the wreck on the Astrolabe Reef, where it has been since it hit the reef in late 2011.

Ngai Te Hapu spokesman Buddy Mikaere said the Waitangi Tribunal was due to hear its case at the start of next month.

He said the hapu would present details which showed the Crown entered agreements with the Rena owners without consultation with Maori or the public.

Mr Mikaere said the hapu had rights to the reef, and the Crown had breached Treaty of Waitangi principles.

The public has until the 8 August to make submissions on the application.