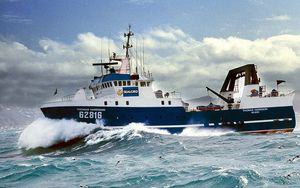 The company has extended its commercial agreement to catch the tribe's fishing quota.

As part of the package, there'll be more training and employment for descendants.

Ngati Kahungunu chief executive Adele Whyte said as quota holders, the tribe could have more of a say.

She said the iwi wanted to get the most out of its quota, both financially and through influence to secure jobs for tribal members.

Ngati Kahungunu holds a substantial fishing quota, which is caught by Sealord - a company half-owned by iwi.

It catches deepwater fish, such as hoki, bluenose and jack mackerel.