Former Labour MP Shane Jones has conceded there were times when he put his party before his people.

Mr Jones, of Ngai Takoto and Te Aupouri, left politics last week after nine years to take up a senior fisheries role in the Pacific. 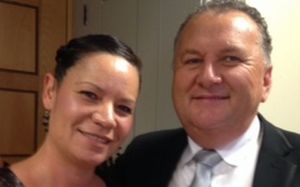 Mr Jones said he had been a very stern critic of his own people, but had been put in his place by rangatahi and kaumatua for some of the things he had said about Maori.

He said Maori MPs from other parties were his adversaries and he never expected to be given any favours by them, nor did he ever gave them any favours.

Mr Jones said he had been shot down by senior Maori commentators for putting the Labour Party korowai before the Maori korowai, and conceded there was some truth in that.

But Mr Jones says he felt he was a Labour Party politician and that was what counted.