A new study suggests young Maori wahine are being let down by the health system, because of a lack of adequate information to help them find a midwife.

The research, published in the New Zealand Medical Journal, interviewed 44 women under the age of 20 about their experiences during pregnancy.

The study researched a perception that young wahine delayed access to antenatal care in the first trimester, and found instead that they were engaging much earlier. 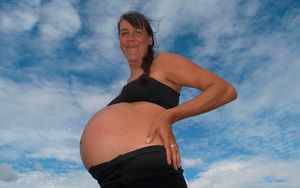 But researcher Charissa Makowharemahihi said once patients made that contact, they were sometimes given inadequate information from their doctor or nurse to help find a midwife.

She said doctors often gave a list method - in which they were given a pamphlet or a list of numbers and it stopped there.

"Even when they did have a bit of support to try and help them get in contact with a midwife, it didn't necessarily mean they were going to get one.

"A lot of the time it was quite an uphill battle trying to get a response.

"There's variation (within the participants' stories) but certainly quite disapointing that our young Maori women weren't getting the response they deserved."

One of the participants said that she was just given a pamphlet, and was unable to contact anyone.

She became so fed up, she walked into the maternity ward at a hospital and saying she really needed a midwife because she didn't know how far along she was.

The researchers want for the Government to step up to provide better education to healthcare providers.

The College of Midwives said some healthcare providers should be ashamed by this research and said there had been a historical resistance from primary health services to help women find a midwife.

Chief executive, Karen Guilliland called for the Government to step up and provide better education to health professionals to ensure that can support and refer their patients to the most approriate maternity care.

A midwifery student, who is half way through her studies and is of Ngati Pikiao descent, said the study rang true with what she often saw and had researched, especially with young Maori.

She said one woman had only been given a list by her doctor, and ended up with a midwife she didn't like, but because she had such little information to help her find another one, she stuck with her.

A spokesperson for Nga Maia - a Maori network of midwives, Amber Clarke, said the research showed some positives: it was good to see the majority of participants in the study were going to their doctors early in their pregnancy.

Ms Clarke said "there is the constant argument, not only in maternity but in general health, is that Maori are engaging but what's happening is that the system isn't recognising what they need."

She said institutional barriers that don't recognise the needs for Maori still existed and that's where the challange lay.

In a statement, the College of General Practitioners said it recognised the importance of good quality integrated maternity care and said it was in contact with the College of Midwives.