The Auckland Art Gallery - Toi o Tamaki - says enquiries from the descendants of tupuna painted by Gottfried Lindauer are common - and a not-unreasonable request. 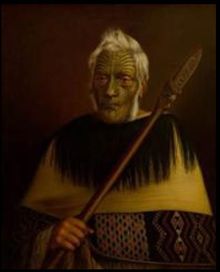 Toi o Tamaki is home to 67 of the 19th century painter's portraits, many of whom are prominent Maori figures.

Lindauer painted one of the most renowned Maori portraits, Ana Rupene and Child from Ngati Maru in Coromandel.

Toi o Tamaki indigenous curator, Ngahiraka Mason, says the revitalisation of ahurea Maori in the 1980's made the portraits more potent in the 20th century.

She says uri whakaheke or descendants have enquired as to how they can have the pieces returned.

Ms Mason says that's not unreasonable and portraits have been taken to regions and marae temporarily.

But she says they are in a public collection where they are well cared for.

The paintings were gifted by Lindauer's patron, Henry Partridge, to the gallery in 1915.