A host of the first national secondary schools kiorahi tournament says just about every rohe in the country has been represented on the field.

Twenty-two schools arrived in Lower Hutt on Monday to play the ancient Maori ball on a circular field which is similar to touch rugby, rugby and handball.

The tournament will wrap up on Wednesday afternoon.

A teacher Simon Hirini - from the host school Taita College - says rangatahi from all over the motu will go home today feeling proud of their efforts but will be very tired.

He says the teams will have played between 16 to 18 games each of kiorahi over the three days.

Mr Hirini says they are going to be absolutely spent and may have to sleep for the rest of the school holidays.

The Tai Rawhiti teacher, with affiliations to Te Aitanga-a-Mate, says it is great to see just about every main iwi and rohe in the motu represented at the competition, keeping the ancient Maori ball game alive. 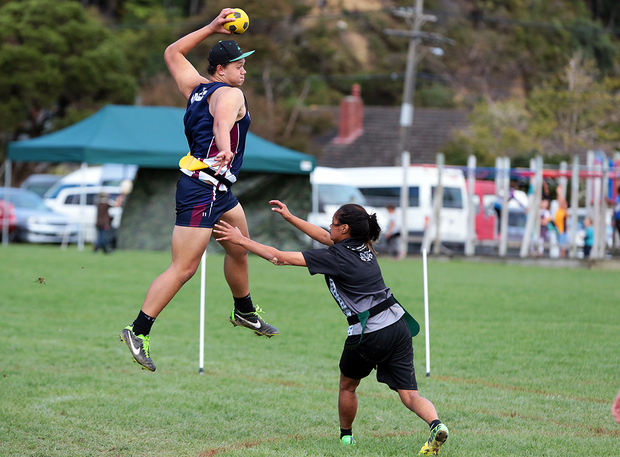 Jay Rerekura is a teacher and a kiorahi coach from Te Kura Kaupapa Maori o Tupoho in Whanganui.

He says players are sometimes torn between different sports and have decide whether or not they will stay in a kiorahi team.

Mr Rerekura says even though kiorahi is a traditional Maori sport, it has to compete to retain and encourage players from other popular codes such as rugby, soccer, netball and basketball.

He says kiorahi also has to compete for funding and capacity to be able to support the teams in terms of coaches and whanau tautoko, or families who support players.

Mr Hirini says besides the sports side of the game, which keeps players active, there is also a cultural component that promotes the use of Te Reo.

He says although the game is competitive it also promotes whakawhanaungatanga or making connections with people.