A national rehabilitation programme is teaching whanau of Maori inmates what they need to do to help their whanaunga cope once they're released.

The scheme - Te Tirohanga - aims to reduce re-offending by 30 percent by 2017 and is now running in all five prisons with Maori Focus Units. 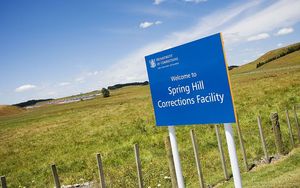 It's an eighteen month programme, where the male inmates complete up to six stages, and spend three months on each step.

The last stage includes creating a whanau strategy, which the Department of Correction's director of Maori, Neil Campbell, says helps an inmate to cope in society:

He says a good example is how a family might deal with conflict.

Mr Campbell says an inmate and his whanau would learn about how conflict can escalate and what it may lead to.

He says if the prisoner and family do not find better ways to deal with the problem it could result in the inmate reverting back to old ways of behaving and thinking.