The head of the country's first Maori radio station says the Crown has told it to become an iwi broadcaster or risk losing funding.

The threat is forcing big changes at Wellington-based Te Upoko o Te Ika, one of just two stations not aligned to one particular iwi. 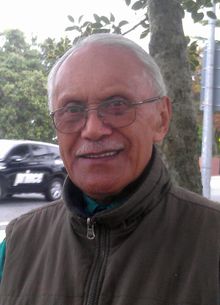 The station first went to air in 1987, the same year Te Reo became an official language. The broadcaster was unusual in being a pan-tribal radio station in Wellington rather than belonging to a single iwi.

Chairman Tamati Cairns said the station falls within the tribal territories of Taranaki Whanui and Ngati Toa and there are plans to put the broadcasting licence under the two tribes, to keep the Te Upoko going.

He said the iwi have a right to the radio because the Crown funds iwi stations.

Taranaki Whanui already jointly operates an iwi station, Atiawa Toa FM. Runanga chairman Neville Baker said Te Upoko should be brought into the confines of an iwi station, and share it among everyone.

Henare Kingi, kaumatua and veteran broadcaster at Te Upoko, is welcoming change, saying his old station has been struggling and has lost its way.

He said there's nothing positive or constructive coming out of the radio station for the people to listen to and when it comes under Taranaki Whanui runanga, big changes will be made.

Te Upoko runs on less than $400,000 of government money a year. How that is spent, how much Te Reo is spoken on the station, and whether the two broadcasters will share programming is yet to be decided when the changes are signed off.