A Ngati Awa spokesperson says the iwi is hoping to eventually get back an image of one of its revered rangatira despite it being auctioned off next month. 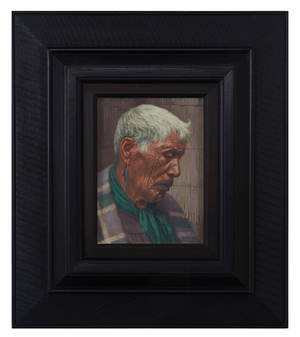 Rangatira Wiripine Ninia, a matriarch who had a huge influence on her iwi. Photo: SUPPLIED

A painting of Wiripine Ninia, expected to reach up to $250,000, is one of three paintings of Maori rangatira, by renowned painter, Charles F. Goldie.

All three paintings are expected to be auctioned for more than $500,000, and are due to go under the hammer at the International Art Centre in Auckland on 10 April.

A leader of Ngati Awa, Pouropo Ngaropo, says Goldie was responsible for ensuring the image of Wiripine Ninia lived on forever.

He says the image of Wiripine Ninia is tapu (sacred) and it's hard for Ngati Awa to watch her image being sold off.

Pouroto Ngaropo says the leaders of Ngati Awa considered trying to buy back the painting, but the idea of doing that is very foreign to the tribe.

Mr Ngaropo says the concept of buying its tipuna back doesn't fit with its Ngati Awa tikanga.