Maori high school students have cut back on cigarettes and alcohol, despite financial stress and fewer job opportunities, a nationwide survey shows.

The University of Auckland surveyed 1700 Maori students nationwide on their health and well-being in 2012.

The rate of regular smoking for Maori secondary school students has dropped by half since 2007, with 8.3% saying they smoke cigarettes regularly.

The average young person today will tell you smoking is bad for your health and that it is no longer seen as sexy or cool, as it once was, Dr Clark says.

As well, young people are no longer surrounded by alcohol advertising or smoking in public places like earlier generations were, she says.

She says Maori are responding to tobacco control policies, and tax hikes are a key deterrent to high school students. 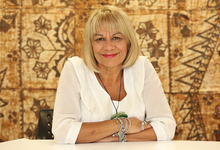 But youth struggle the most to stay smoke free, so efforts need to be made to keep them out of smoking environments, Ms Snowden says.

The report shows the number of Maori youth who drink alcohol at least once a week has more than halved in the past five years - something which comes as a surprise to Alcohol Healthwatch director Rebecca Williams.

The survey bucks the trend of many other reports but, nonetheless, any indication of a move away from alcohol consumption should be celebrated, Ms Williams says.

The study suggests getting a job while in high school has become harder; 25.7% of Maori secondary school students had part-time work in 2012, compared to 40.3% in 2001.

Dr Clark says engaging in part-time work at school makes it easier to get work in the future, and to participate in higher level studies.

Lance Norman, director of funding and contracting for Auckland social service provider Te Whanau o Waipareira, says its food banks and youth drug and alcohol services are in demand and, while the smoking and drinking figures look good on paper, people can't be complacent.

Maori are still over-represented in negative statistics and more needs to be done to address these issues, Mr Norman says.