The new MP for Ikaroa-Rawhiti says it's time to do something about all the suffering she has seen in the electorate. 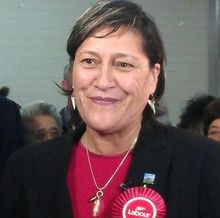 Just over 10,500 people voted in the by-election, which was held to replace the long-serving Labour MP, the late Parekura Horomia.

In an impassioned speech, Ms Whaitiri said the people had spoken and it was time for a new leader, and new action.

She said she had seen the suffering of the people and was looking forward to creating solutions to help them.

Ms Whaitiri said she was looking forward to next year's general election.

The Mana Party leader says the Maori Party needs to acknowledge that its relationship with National is damaging.

In Saturday's by-election Mana candidate Te Hamua Nikora was 503 votes ahead of Na Raihania of the Maori Party, who in the general election in 2011 had been in second place.

The combined the Mana and Maori Party candidates votes were greater than the Labour candidate's total.

Mana leader Hone Harawira says Mana Maori is a concept many Maori are familiar with and it's time for them to put egos aside and look at what is best for Maori.

He says the Maori Party should join the Mana Movement and give Maori one strong option.

Maori Party co-leader Pita Sharples says the parties are separate for a reason, but the matter will be discussed at its AGM in a fortnight.