Another coach at Cycling New Zealand is stepping away from his role. 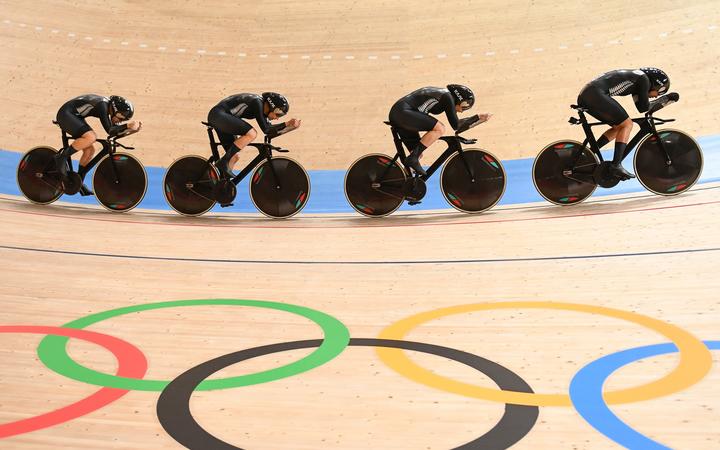 The national body confirmed on Tuesday women's endurance coach Ross Machejefski was shifting away from the job.

The former head women's coach with Switzerland was returning to university to complete his master's degree in business management but would be staying on with Cycling NZ.

Machejefski was set to take up a new part-time position as national development coach, working with promising riders and coaches.

The move continued a period of troubles and change at Cycling NZ.

High performance director Martin Barras handed in his notice in November after revelations there was a breach of athlete selection rules at last year's Tokyo Olympics.

That followed hot on the heels of chief executive Jaques Landry announcing his resignation amid an ongoing investigation into the death of representative cyclist Olivia Podmore.

Landry took up the role in 2018 to implement the recommendations of the Heron report, which exposed a culture of bullying, poor behaviour, and lack of accountability within the sport's dysfunctional high performance environment.

The organisation also confirmed last month four road and track regional performance hubs would have to be closed due to a funding shortfall.

Machejefski said the five-year campaign to Tokyo, coupled with the additional complexity of managing the campaign through the Covid pandemic, had been all-encompassing.

"After some time to decompress, I felt it was important for me to step back, and look at what was best for me. I have decided to invest further in my education and personal development.

"To be honest, the campaign, while extraordinarily rewarding, was draining because of the Covid situation and the additional 12 months. I could have just rolled along to the next campaign, but felt it was the right time to take a step back, if I was to move forward and grow.

"I am very passionate about cycling and coaching. So, I am excited to have the opportunity to work with our next generation of emerging riders and coaches.

"Our women's endurance group are in a good space to move forward to Paris with a fresh set of eyes."

"We are very supportive of Ross' desire to further his tertiary studies in order to add to his coaching expertise.

"We have recently completed a full review of our development space, and feel that under direct tutelage of a National Development Coach working with coaches around the country, we can better nurture our talent through the age phase and in to our elite ranks on the track and road.

"While we may not get the spread of reach that we achieved from the Hub programme, we believe that we can provide a more targeted approach to step our best young riders forward to be globally competitive."

Cycling NZ said Machejefski would take up his role after a new coach had been appointed, which would be advertised in the coming weeks.